What is Zika Virus?

Where and when did Zika virus originate?

Zika virus, also known as Zika fever, was first identified in a monkey from the Zika Forest of Uganda in 1947. The virus took its common name from that location.

A member of the virus family Flaviviridae, Zika is related to other mosquito borne viruses including West nile virus, yellow fever, dengue fever and encephalitis, as well as hepatitis C.

While these are all in the same virus family it is important to note that they are distinct diseases with a unique signature. However the similarity may hold the key to future treatments and vaccines.

Scientists believe Zika has the potential to become a pandemic.

The primary vector for Zika are Aedes mosquitoes, particularly Aedes aegypti (the Yellow Fever mosquito)and Aedes albopictus (the Asian Tiger mosquito). A. aegypti originated in Africa and A. albopictus in tropical and sub-tropical Asia, but both species are now found in warm climates throughout much of the world, including the United States.

Aedes mosquitos are aggressive and will bite during the daytime. These maps show their current range.

Presently, neither species is found in Wisconsin, Michigan or the Northwestern states and they are found only in the southernmost parts of Nevada, Minnesota, Utah, Maine and Colorado.

Where is Zika Virus found?

So far, Florida is the only state in the USA in which Zika cases are being transmitted by mosquitoes. Cases reported in other states have been linked to victims travelling abroad.

Zika fever is prevalent throughout South and Central America, in Southeast Asia, and in tropical islands of the Pacific including Samoa, New Guinea, Indonesia, Marshall Islands and Micronesia. In Africa, cases have been reported in Gabon, Cameroon, Senegal, Guinea and Cape Verde.

How does Zika attack?

Like all viruses, Zika attacks by attaching itself to a host cell and replicating.

How is Zika spread?

Zika virus is known to be transmitted by:

There are NO reports at this time of Zika being spread through breastfeeding.

Are my pets at risk from Zika?

At present, animals do not appear to be at risk from Zika fever or have the ability to transmit it to humans. There are no reports of pets becoming ill or acquiring the disease from or transmitting it to humans.

Viruses tend to be very species-specific - affecting only a particular species and only able to infect other species if the virus mutates over time.

Zika was first identified in a monkey. Some primates (monkeys, apes) have been infected with the virus, but there is no evidence that they can transmit it to humans or other species. Their only symptoms were a mild fever.

A 1970's study in Indonesia showed some horses and water buffalo could be infected by Zika. Again, there was no evidence of transmission to humans or other animals.

What are the symptoms of Zika infection?

Many people infected with Zika experience only mild symptoms or none at all. The most common symptoms are flulike and include:

Hospitalization is very uncommon and fatalities are very rare.

The rash can be best described as small,flat, red patches with bumpy spots. It typically starts on the face and spreads to the rest of the body. Duration of the rash is between 2-3 days and a week. 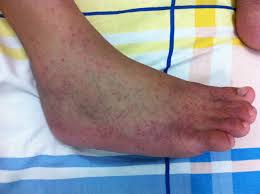 How does Zika affect adults?
How does affect children?

Healthy men, women and children, including toddlers and infants, will most likely experience mild symptoms or none at all.

How does Zika affect breastfeeding babies?

There is no evidence that Zika can be transmitted to nursing babies through breastfeeding.

How does Zika affect the elderly?

There are no studies on this, however elderly people with pre-existing conditions may be at greater risk for complications, possibly fatal.

How does it affect immunocompromised and HIV patients?

There is not much data on this. Several HIV patients have reported mild symptoms and recovery. However added caution is advised as they may be at greater risk of complications. Based on studies of Dengue fever, it is possible that immunocompromised patients will have an atypical presentation of the virus.

How is Zika diagnosed?

Zika infections are diagnosed via blood or urine specimens processed in a Zika-certified lab.

Infants born to a mother exposed to the virus and newborns displaying symptoms can be tested at birth.

Do I need to be tested?

The CDC recommends testing only if:

How long does it take to get the test results?

What birth defects can Zika cause?

Zika is most devastating to the unborn - it causes birth defects which can include microencephaly and brain malformation.

When is Zika most likely to affect the developing fetus?

We don't know. .Women should take precautions to avoid exposure to the virus throughout their entire pregnancy.

Babies with microencephaly are born with a smaller skull and brain. This can cause medical issues like seizures, mental retardation, vision problems, difficulty swallowing, and problems with balance and coordination. Developmental issues like delayed speech and motor function are common. It can also cause dwarfism.

The image below shows the typical appearance of a baby with microencephaly, along with some notes on how they are affected.

What is the prognosis for babies with microencephaly?

It depends on how severely they are affected. In extreme cases they can have difficulty breathing or swallowing, which can be life threatening.

Will a Zika baby grow up to lead a normal life?

While microencephaly is a lifelong condition, the long-term prognosis depends upon the severity. Some babies who are mildly affected have a smaller head size but are perfectly normal in other respects.

What are some complications of Zika Virus?

While the virus can have a devastating effect on the unborn, most Zika victims experience only mild symptoms or none at all. However the virus has in rare cases been linked to and is suspected to potentially cause certain neurological disorders. These are rarely permanent, but can last for months. They include:

Can Zika be fatal?

Zika fatalities are rare and generally involve the elderly and/or those with pre-existing medical conditions.

How is Zika treated?

Zika fever is treated through supportive care. Patients are advised to rest, drink plenty of water, and use common over-the-counter medications like Acetominophen to relieve fever and pain.

When will there be a vaccine?

In August 2016, the NIH began testing an investigational Zika vaccine in humans. We do not know when a vaccine will be developed and become publically available.

How can I prevent Zika?

CDC - Zika virus information, maps and updates from the US Centers for Disease Control.

WHO - Tips from the World Health Organization

Consult with your medical provider if you are ill or think you may have been exposed to Zika virus.