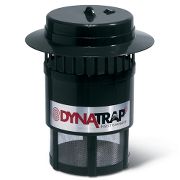 Winner of an IENA award for invention, the DynaTrap DT1000 series uses the highly-effective combination of heat, light and CO2 to attract insects (same method as the $200-$400 machines) - without the use of chemicals or propane. This trap is waterproof and can be used indoors or out (recommended).

The DynaTrap mosquito trap is surprisingly small and compact and affordably priced as well!

The original DT1000 is no longer being manufactured, but DynaTrap now offers several other traps in the 1/2 acre 1000 series. All function essentially the same way as the DT1000 but have various additional features:

There is also the larger and more powerful DynaTrap DT2000 XL.

There are several models in the popular DynaTrap product line - we chose the DT1200 for our review and testing because it is typical of DynaTrap mosquito traps and one of the most popular.

The DT1200 is the basic DynaTrap with a stand and a water tray. The stand holds the trap around 4' off the ground (it's most effective to situate the "capture" area of a mosquito trap between 3' and 6' off the ground.) The water tray generates a little humidity and makes the trap even more attractive to these water-breeding insects.

What's in the box? 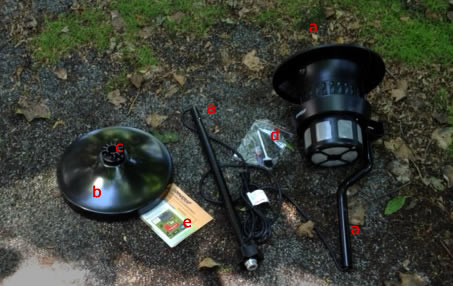 The DynaTrap is a serious, rugged piece of equipment, intended to run outdoors 24x7. Construction is heavy ABS plastic, with a sturdy, metal-screened catch-bin and a no-nonsense fan. The base is substantial and heavy - it may not stand up to gale force winds, but it won't blow over in a breeze.

There are holes in the top of the DT1200, which allow rainwater to fill the water tray. Other DynaTraps have a solid top. 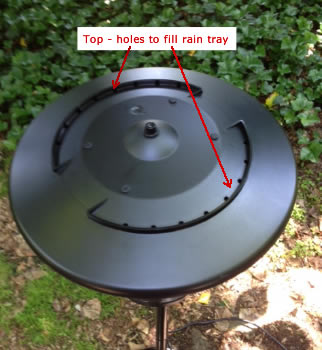 While the other DynaTrap models are good to go right out of the box, the pole-mounted models require some minor assembly.

2) Snap the two sections of the pole together

Then just turn it right-side up, plug it in and press the "on" switch.

The unit has a 2-conductor cord with a 2-prong polarized plug. The power cord extends about 10' from the base. Since if possible you should place a mosquito trap 20'- 40' from your patio or activity area, you may need an extension cord. Be sure to use one rated for use with outdoor appliances.

The fan on the DT1200 runs silently and the ultraviolet light, while fairly bright, is not unpleasant. There is no discernible odor. 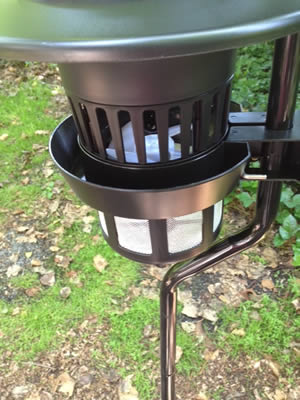 You will want to empty the catch bin frequently. To do this, simply turn it counterclockwise to unscrew it from the rest of the trap. Note that our instruction manual neglected to mention the small retaining screw on our unit which was holding the bin in place! Normally, the catch bin unscrews with very little effort. If yours doesn't want to budge, check for a small screw near the top of the bin and remove that first.

The fast-moving fan blades will send some "debris" from larger bugs into the top of the trap above the fan blades. To clean this part (or to replace the bulbs) you need to separate the fan housing from the upper part of the trap. There are 4 screws holding the two halves together. Removing them would be easy-peasy, except that the screwdriver they give you is just a skootch small for the screws they use. And on the 1200, the 4th screw is in an awkward spot directly in front of the bend in the pole - it's impossible to remove it with a long-handled screwdriver and a little tricky even with a shorter handled one. 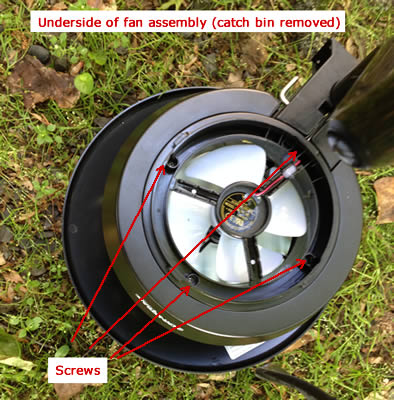 Still, taking the unit apart was fairly simple. Putting it back together took a bit of trial and error. There are no visual cues to tell you when the screws are properly aligned, and on the 1200 you also have to fit the top section of the pole into the "roof" of the unit. Eventually we were able to re-assemble it successfully, but a couple of alignment marks on the two sections of the trap would have made things so much simpler. (Tip: Get a white china marker and make your own.) 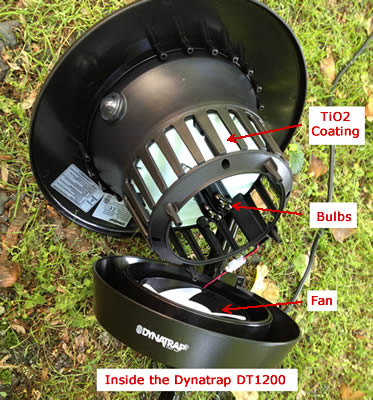 Overall, the DynaTrap appears to be a quality piece of equipment that is easy to set up and use. Routine cleaning is simple, the only thing that gave us problems was disassembling and reassembling the trap, as you would do for major cleaning or to change the bulbs. This process should be much smoother on the 1000, 1050, 1100 or 2000, or any other models where you don't have to deal with interference from the pole. Not to nit-pick, but it would also be nice if the screwdriver they gave you was a better match for the screws they used!

But the important question is: Does it work?

To see for ourselves if the DynaTrap insect traps really work, we conducted a field test, using the DynaTrap DT1200.

Location: Suburban NJ. Test was conducted at the edge of a wooded lot and within a few hundred yards of river. This location is known to have both evening and day-biting mosquito species.
Weather Conditions: Temperatures in the low to mid 80's, little to no wind, low humidity.
Time of year: Early June.
Length of test: 12 hours (11AM to 11PM)

Within a half hour of setting up the trap, we had our first "victim", and it was ... a mosquito!

The trap continued to catch mosquitoes sporadically throughout the afternoon. Throughout the test, we observed a large number of flying insects in the vicinity of the trap. A good reminder to place mosquito traps well away from your activities!

As expected, captures increased towards dusk.

After dark, the trap began to accumulate moths and beetles. None of the beetles got into the catch bin, but several large ones congregated in the (empty) rainwater tray - apparently unable to figure out how to escape.

A number of moths (and presumably some mosquitoes) got away when we shut off the trap and ended the test. Throughout the test we noticed that the mosquitoes dehydrated and died pretty quickly compared to other insects, even ones of a similar size.

And here's a picture of the catch bin the next morning. As you can see, there are mostly mosquitoes and quite a few of them at that. We counted more than 4 dozen. We were pretty impressed, given the length of the test! 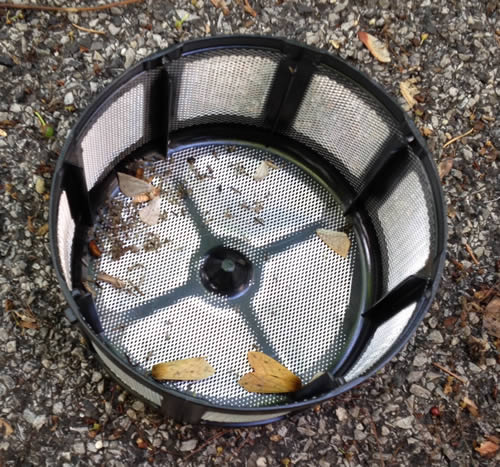 As the saying goes, "Your mileage may vary." There are thousands of different species of mosquitoes - what worked with our mosquitoes may not work with yours. But based upon what we saw running this trap for just 12 hours, the DynaTrap certainly appears to do a very effective job of catching them.

The box claims this trap is also effective for stink bugs. We didn't catch any during our test, but since stink bugs are attracted to light reflecting off water, a full water tray might do the trick.

Find the DT1000 and accessories from 3rd party sellers on eBay